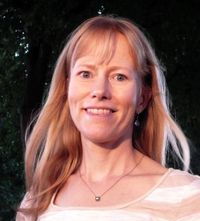 Lucy Nicholson is a Pulitzer Prize-winning Reuters photojournalist and photo editor. She has extensive global experience in photo, video, and text journalism and in leading multi-format teams in the field.

She has a master's degree in journalism from Columbia University, with a science and climate specialization. She wrote her 8,000-word master's thesis on climate change and recently wrote a 1,000-word climate change story that was published in The Washington Post. She was selected to participate in the Oxford climate journalism network at the Reuters Institute for the Study of Journalism.

She has photographed stories that include eight Olympic Games; presidential elections in Afghanistan; Hong Kong democracy protests; California wildfires and drought; U.S. political campaigns and protests; World Cup soccer; and breaking news and feature stories all over the Americas. She was featured in an International Olympic Committee Rio 2016 video: One Shot. Photographing the Olympic Games. Her Reuters photography, video and text reports can be seen on her blog.

She was a 2019 Pulitzer Prize winner in Breaking News Photography for Reuters team coverage of migration. She contributed a video story to Reuters' Emmy-nominated documentary project 'Times of Crisis'. She was shortlisted for the 2014 and 2015 Agency Photographer of the Year by The Guardian. Her video 'Homegirl Cafe' was a 2011 Webby Awards honoree for Documentary: Individual Episode. Other photography awards include: the 2016 Sony World Photography Awards; POYi 70 , POYi 72, and POYi76; the 2019, 2018, 2016 and 2012 Atlanta Photojournalism Seminar; the 2020 NPPA Best of Photojournalism Contest.

Her photographs have been exhibited at the Annenberg Space for Photography in Los Angeles, Somerset House in London, the Olympic Museum in Lausanne, and Brooklyn Museum in New York (Who Shot Sports: A Photographic History, 1843 to the Present ).

She is a mentor to journalists at NYU and Report for America. She has spoken at SXSW, the Ethereal Summit, the Content Authenticity Initiative, the Annenberg Space for Photography, the Olympic Museum, the Atlanta Photojournalism Seminar, NPPA's Northern Short Course, the Western Canadian News Photographers Association conference, and the University of Southern California.

Her sister Sophie is a television, radio and print journalist who currently works as Deputy Chief Editor for Agence France-Presse (AFP) Fact Check in Paris.